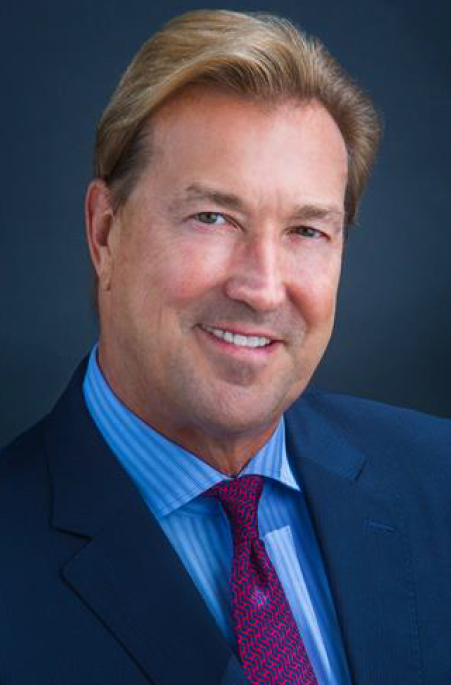 California based entrepreneur and investor Terrance “Terry” Tallen has been named a recipient of Indiana University’s 2016 Clevenger Award.  The Z.G. Clevenger Award is presented to living Hoosier athletic letter winners who, as alumni, have made outstanding contributions to Indiana University through service to its athletic program.  The award perpetuates the ideals Clevenger set forth in his many years of service as a student, athlete, coach, and athletic administrator.  This is the highest honor given an I Man by the I Association.

Coming to IU after a stellar high school career in Hamilton, Ohio, where he was elected co-captain of the 1977 Ohio All Star Football team, Terry distinguished himself as a football player, team leader and bowl champion in four seasons with the Hoosiers, 1977-1980.  He was a three year starter and three year letter winner.  Terry had the rare distinction of being elected team captain for two seasons, Indiana’s first bowl championship team in 1979 (The Holiday Bowl) and during his senior year in 1980. He and roommate Tim Clifford are two of a hand few of players in the history of modern college athletics to be twice elected team captains of back to back winning NCAA Division 1 football teams.

A graduate of IU’s highly regarded Kelley School of Business with a double major in marketing/management and a minor in finance, Terry has enjoyed 35 years of business success as a corporate officer with several Real Estate Investment Trusts as well as a private business owner. For the last fifteen years, Terry has founded, owned and operated a successful privately held retail real estate investment platform. He is an investor in and formed a venture with West Coast based Gerrity Group, a large and well funded fully integrated privately held retail property platform. Terry is considered one of the leading shopping center investors and developers in Northern California, Terry’s projects can be found throughout the Bay Area and Monterey Peninsula. He has achieved key entitlements and succeeded in the re-development of both Target and Walmart anchored projects in key California markets with high barriers to entry.

Terry has also been recognized for his philanthropy and volunteer work in California, where he mentor to youth through the Marin City Sports Zone, the American Heart Association, the International Council of Shopping Centers’ Mentor Program.  He has also funded a philanthropic program at Cedars Sinai Hospital in Los Angeles, CA and has supported the American Cinematheque, a leading Hollywood entertainment charity.

At IU-Bloomington, he endowed and created the “Terry Tallen Football Leadership Scholarship,” a fully funded athletic scholarship granted annually to a football team captain enrolled in the Kelley School of Business.  Terry also co-chaired and created the Holiday Bowl Championship Scholarship Fund and served on the steering committee for the expansion of Memorial Stadium. Additionally, he is a longstanding Advisory Board Member and guest lecturer at the Kelley School of Business Center for Real Estate Studies. Terry is a frequent speaker and sponsor of real estate, athletic and leadership related events.

Terry and his fiancé Diane reside between Mill Valley, CA and Cardiff by the Sea, CA and have three children, Samantha, Chelsea and Michael.

The Clevenger Awards will be presented in Bloomington, Indiana on Friday, September 30.  For more information contact Brian Brase.